Because I’ve already reviewed the a6300, this is almost like a continuation from that review as all the good points from that camera carry onto this one. I’ll be regurgitating a lot of what I said about that camera here as well.

As always, I’m not the most technical guy when it comes to camera specs. So you want find a ton of tech specs here. What you will find is my thoughts on features that I find particularly useful for the kind of shooting I do.

What I won’t talk about, simply because it doesn’t really pertain to my shooting habits, is the overheating issues (or lack there of now, see youtube). The video clips I’m shooting are usually a minute or less at a time. I also don’t plan to test out the ability to shoot hundreds of photos without the buffer clogging up. I never shoot 11fps (though nice to have in case I need it).

So with that said, if you’re looking for thoughts regarding those two issues (which are big issues), this just isn’t the article for you. But if you search youtube, you’ll find a lot of videos with people blowing away their shutter shootings 100s of images at a time, I believe over 300 with JPEGS before it slows down. It’s pretty awesome if you need that speed.

Anyway… while the a6500 is very much similar in all aspects of the a6300, there are some subtle as well as not so subtle differences that make this camera worth a higher price point. Does it replace the a6300? For some photographers like myself, yes it does because I have specific needs for a camera like this, while for others, the a6300 is more than enough camera for them.

For me, this is an almost perfect APS-C camera that I could rely on not only for work assignments, but also as an ultimate travel camera for picture perfect landscapes, portraits and stabilized video clips. 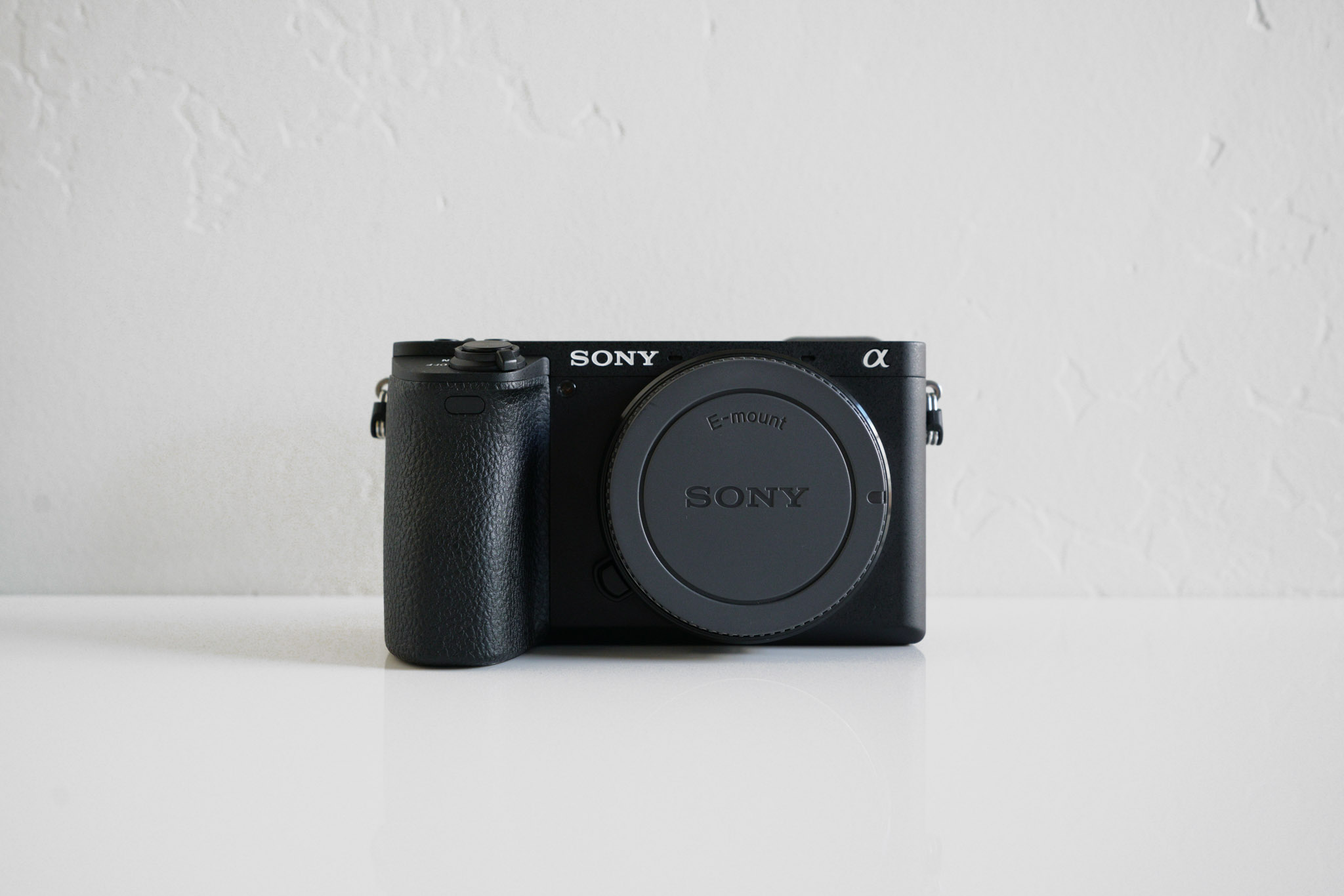 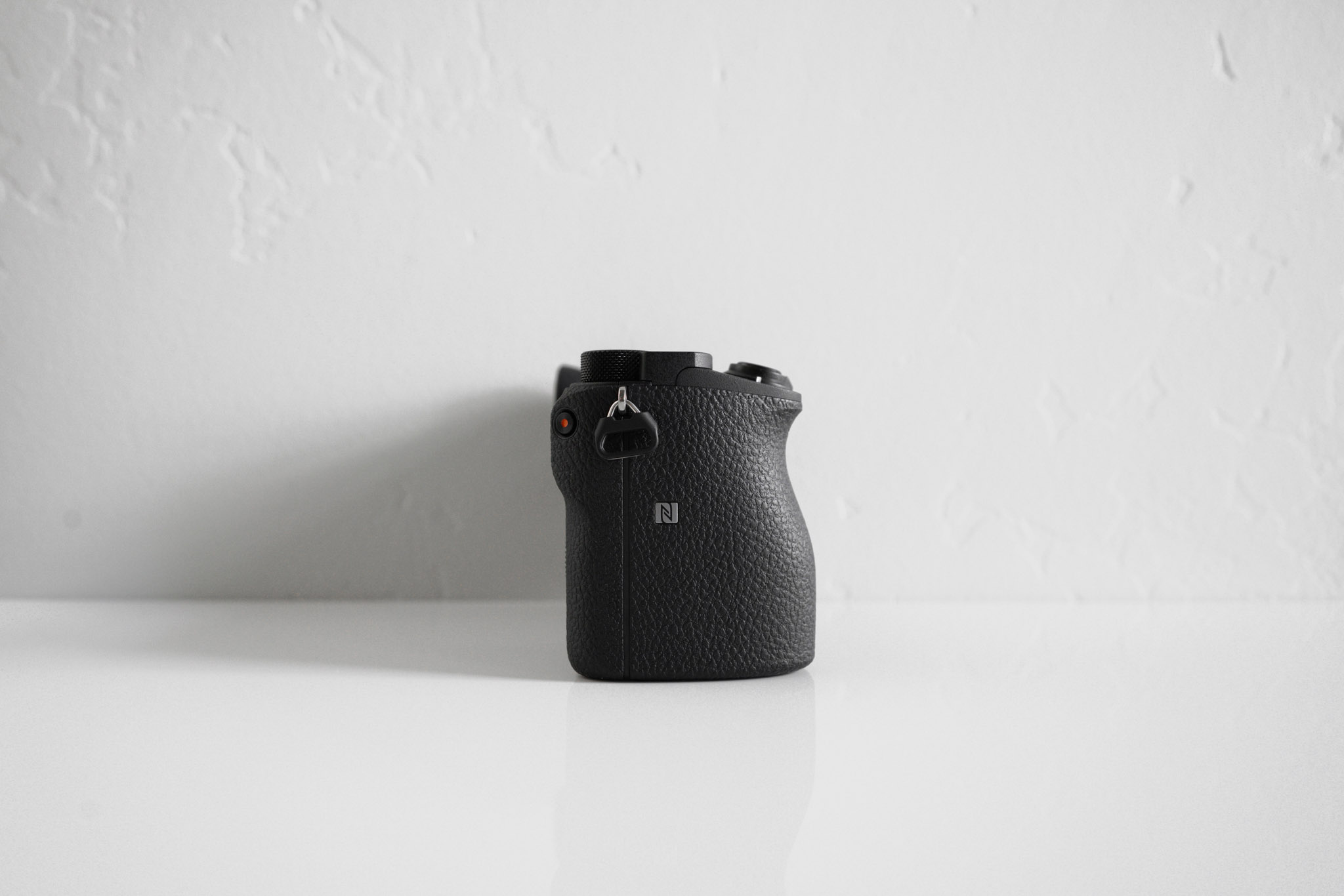 The build quality on the a6500 has some subtle differences, the first being a slightly larger grip. With the addition of IBIS, it makes sense that the camera needed a little more surface area, which also resulted in a slightly heavier camera overall. The added size of the grip actually feels awesome and I prefer it over the previous series. While still small and compact, the a6500 feels more durable.

The dials also feel more robust and secure. The on and off switch is much more stiff, which I like as the a6300 and a6000 would sometimes accidentally switch on when being placed in a bag. The top dials also have a little more firmness to them. My favorite update is to the back dial. I was constantly accidentally changing settings on my previous cameras because the dial was so flimsy. On the a6500, it’s much more firm and you actually have to apply a bit of pressure to start turning, which is nice.

I also noticed that the mount feels much more secure and tight. The click between the mount and lens feels so much more solid now. It’s subtle updates that really lend itself to this camera feeling more premium and well-crafted. 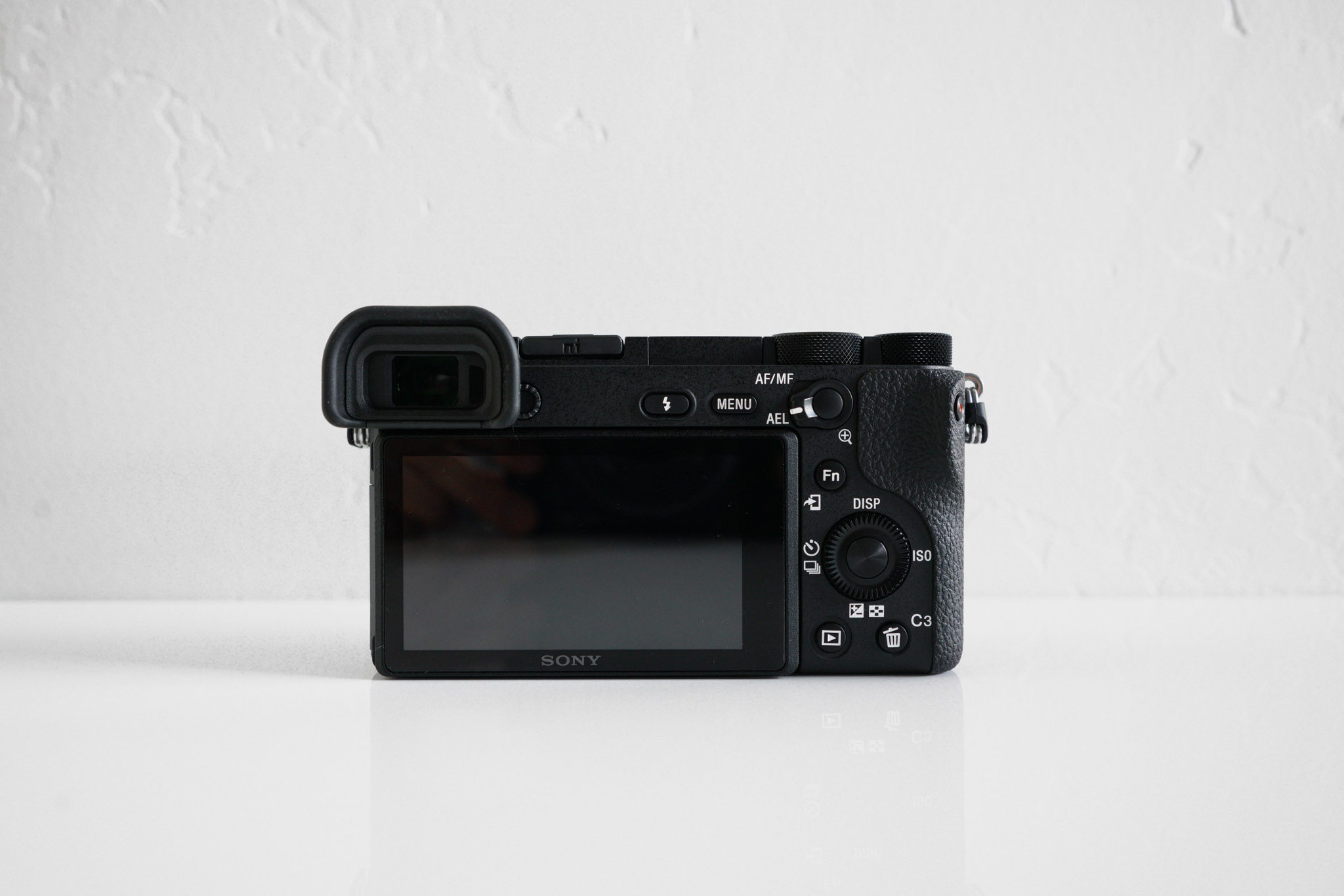 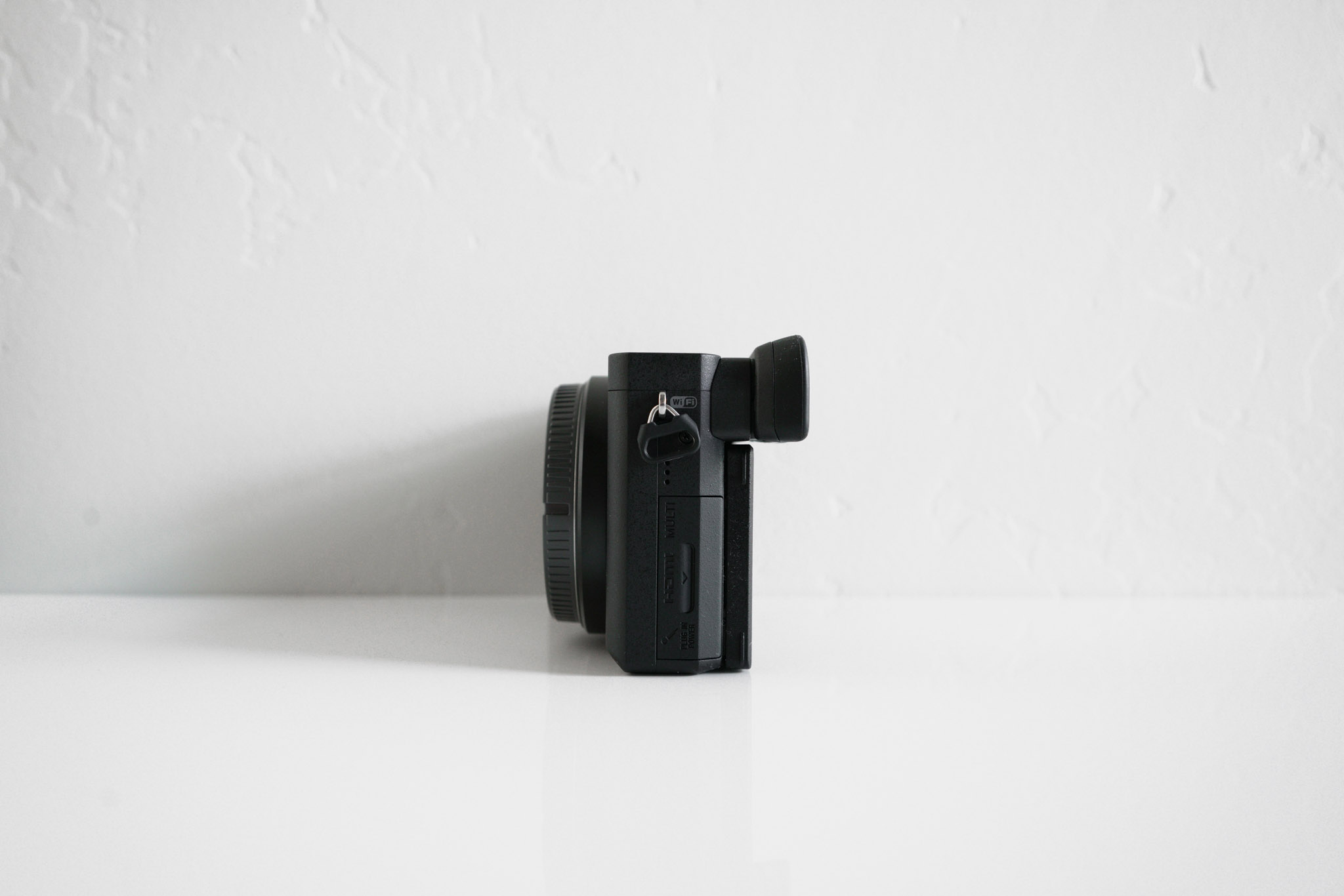 Adobe has yet to release a camera raw update so I’m unable to work on raw files, but I’m still amazed at how much detail I can pull out of a jpeg from this camera.

Sony sensors are the best and this is no exception. It has the same sensor as the a6300 so files from either are probably indistinguishable.

This and the a6300 are the first APC-S cameras that I feel can stand up to FF cameras. In fact, when editing alongside a7R II files, it’s hard to tell which file I’m working on. The only time I can really see a difference is when I’m shooting a prime wide open and really getting that FF shallow depth of field or when I’m pushing the ISOs really hard. Even then, I sometimes guess wrong.

I can’t speak too much about video quality because all I really know how to do is hit the red record button, so this is coming from a super novice, but the video quality I’m getting during my travels look awesome. What I love most about taking video is the continuous focus works really good.

It’s probably the best I’ve used on a ICL camera.

I also like that you can shoot in .mp4 format now with this which I couldn’t with the a6000 (.mp4 was only for 720p). This makes it easier for me to grab videos off the SD card and edit via iMovie (see, total video amateur).

As far as rolling shutter goes, it seems to exhibit the same characteristics as the a6300 so I don’t see any improvements there. 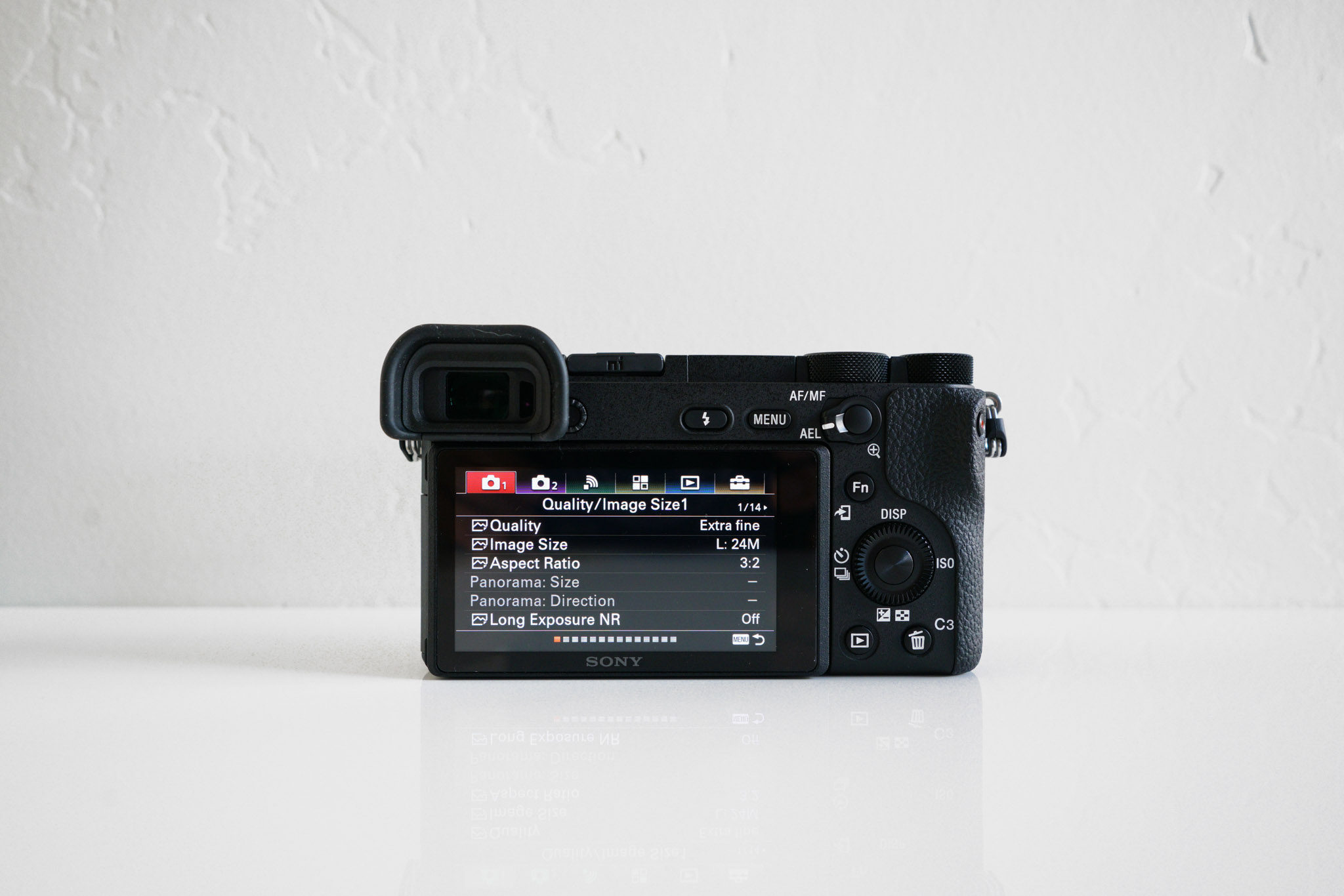 Another change, which I’m assuming will be passed down to previous models via firmware update, deals with the User Interface and the reordering and redesigning of the tabs in the camera menus. Like I’ve said before, I never really had issues with Sony menus. With all the customization they offer within their custom buttons and the function menu, I rarely have to dive into the menu structure itself.

I’m much more concerned with the speed of these menus and the overall speed of navigating around the camera and that’s where the a6500 excels. It’s quick and does what it needs to do.

The main reason I upgraded to this camera is for IBIS. Personally, I feel it’s an absolute must for a travel camera. Aside from the photo benefits of having a stabilized camera, which means every lens you have will be stabilized allowing you to shoot at slower shutter speeds, all my video clips will also have some form of stabilization. This is so important for my travel videos. And the fact I have it in such a small compact body is quite amazing. Most lenses will have 5-axis image stabilization while manual lenses will only benefit from 3-axis. If your lens currently has IS, it will use a combination of both resulting in 5-axis.

IBIS was already enough for me to upgrade but then I didn’t realize how cool touch to focus is. This is a feature that really took me by surprise. I love that I could just tap anywhere on the screen to change my focal point. There’s also a little “x” icon on the screen that if you press it, it brings the focus back to center. This is super helpful as I found it annoying trying to get the focus point perfectly back to center on my own.

Another annoyance, which many have already mentioned, is that there is a lag when you are dragging your finger across the screen. For me, I don’t see a need to do that while looking at the LCD screen. It’s all about tap and go. But it is annoying considering this is a premium product. How much more would it have cost to get a really good touch screen on this camera? With all the technology we have with smart screens, there’s just no excuse to put outdated tech into this camera.

With that said, where I do see dragging useful (and the only option) is when looking through the EVF, you’re able to use your thumb to drag around the focus point (when looking through the EVF, tap to focus won’t work). I love this feature. While there is still a slight lag, it’s not nearly as annoying as seeing the focus point follow your finger. Instead, it feels more like a track pad for your thumb. You can also set this to work on the full screen or half the screen (it’s set to the right half by default).

I’ve only been playing with this for a few hours so I’ll need to test it out in the field to really get a grasp of touch focus and if it’s better than a dedicated joystick or not, but so far, it’s already a much welcomed option/addition.

But that’s as far as it goes with the touch screen. Tap and drag to focus is all we get. No zooming or swiping. Another cop out in my opinion.

I’ve applied a screen protector and it does not seem to affect touch focus.

There are two new metering modes available on the a6500. The first is Highlight, where exposure metering is focused on the brightest area of the frame. The second is Entire Screen Average. This maintains an average metering for the entire image.

I’ll need to do more testing on these. I’m wondering if Highlight would work well when shooting a white wedding dress. As far as Entire Screen Average, I’m wondering really what the main difference is with that mode vs Evaluative Metering. 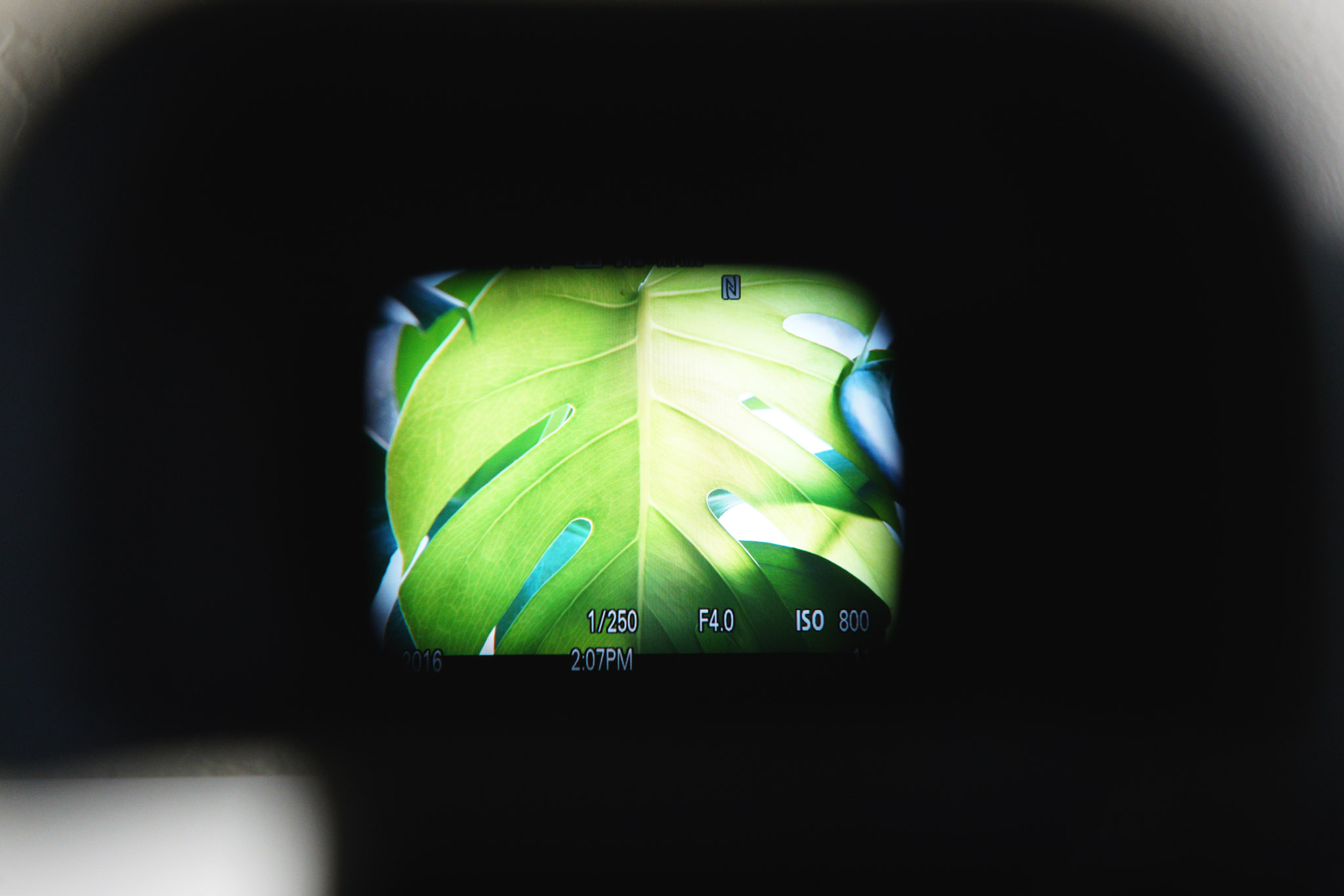 There has not been any updates to the LCD screen resolution. I think the EVF is one of the best out there but I was hoping that the LCD screen would get a higher resolution. It’s not bad but it’s not great. It doesn’t bother me so much because I use the EVF about 90% of the time, even when checking focus and playback. It’s so good, bright and clear that I’d much rather check my photos on there, but a higher resolution and sharper LCD screen would be beneficial for those times I’m tilting the screen to get lower and higher vantage point shots or sharing photo playback with others.

Speaking of LCD screens, it would also be useful if the screen popped out towards the left side for filming. I know a lot of vloggers would appreciate that and because I’m getting more into video, it’s something I’d like in the future.

We’re still missing a front control dial that would sit nicely under the shutter button, similar to the a7 cameras. This is a great dial for controlling your aperture.

I’ve only had this camera for a few days so my review may be pre-mature. But at the same time, a lot of this camera shares very similar, if not exact, attributes as the a6300 so I feel I have a pretty good grasp of it. I loved the previous models so I know I’ll love this camera, especially since a lot of what I felt was lacking in the a6300 has been addressed in the a6500.

It’s shaping out to be one of the best compact cameras I’ve ever owned and while it has ticked all the major specs I need in order to be the ultimate travel camera, its also the ultimate companion to the a7R II.

If you have any questions, feel free to leave a comment and I’ll be sure to get back to you.